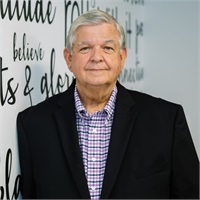 I began my insurance career with Safeco Insurance in 1973 as a marketing representative for the Metroplex. I was later relocated along with my family to Oklahoma where I served as the marketing representative for Oklahoma from 1973 to 1975. I was then promoted to area marketing manager from 1975 to 1977. I then found an opportunity to go into the agency business in 1977 in Dallas where I learned the personal lines, financial services, and commercial lines business.

I opened Ron Patterson Insurance Agency in 1983 with one customer service representative and represented three different insurance companies. Aetna was one of the companies. The relationship grew with the Travelers merger in 1996. The agency became a Travelers Elite in 2001. An Elite agency is in the top 5% of Travelers agencies in the country. The Elite status has been maintained up and until 2009. I served as an enthusiastic member of the Travelers National Producer Council for three years and learned many wonderful marketing ideas from fellow members.

I am a past president of the Garland Rotary Club and served on numerous Independent Insurance Agents of Dallas committees. I have a background in commercial lines and was very active in writing new startup and established companies consisting of contractors, artisan contractors, churches, restaurants, main street businesses, allied medical field professional liability (Doctor’s, Dentist’s, Chiropractors, MRI Centers, Clinics.

My main focus is on benefits and helping the employers with group benefits, medical, dental and vision.). I offer financial services to my customers – including life, disability, and family insurance plans. In over 35 years as an agent, there is not much I have not addressed on the commercial side.