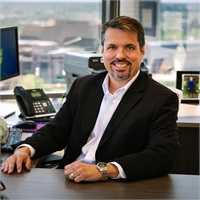 I graduated from Auburn University in 1998 with a degree in Finance and started work a week later at the WR Berkley Corp. as a commercial insurance underwriter. After a year and a half I moved over to the Highlands Insurance Company also as a commercial underwriter. After three years on the underwriting side I became an independent insurance agent in 2001 and spent 13.5 years at a Dallas insurance agency where I became VP of the construction practice. I joined Patterson & Associates in 2014 due to their outstanding reputation and leadership within the industry.

Industry education and involvement have always been important to me, so I worked very hard to achieve several industry designations. I hold the Chartered Property Casualty Underwriter(CPCU) designation, the Certified Insurance Counselor(CIC) designation, the Certified Risk Manager(CRM) designation, and I’m also a licensed risk manager. I’ve been involved with the Independent Agents of Dallas, the Dallas Junior Chamber of Commerce, and the Dallas CPCU Society where I currently hold the office Treasurer and Secretary.